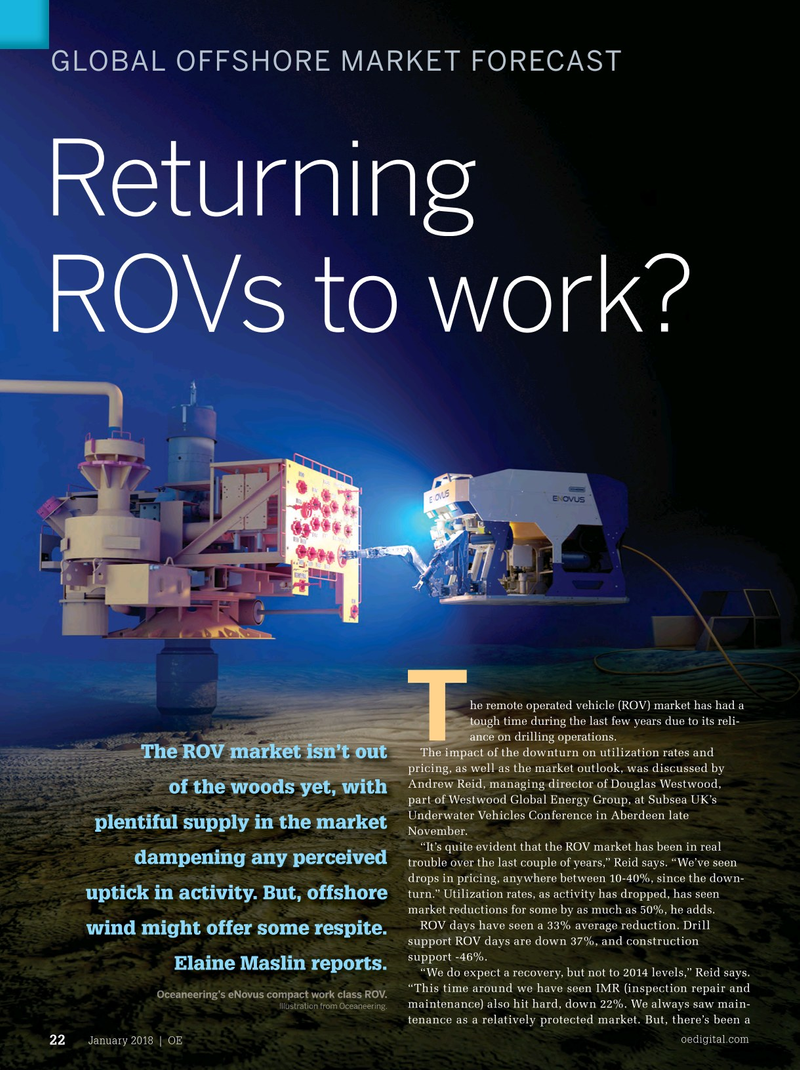 The impact of the downturn on utilization rates and

The ROV market isn’t out pricing, as well as the market outlook, was discussed by

Andrew Reid, managing director of Douglas Westwood, of the woods yet, with part of Westwood Global Energy Group, at Subsea UK’s

November. “It’s quite evident that the ROV market has been in real dampening any perceived trouble over the last couple of years,” Reid says. “We’ve seen drops in pricing, anywhere between 10-40%, since the down- turn.” Utilization rates, as activity has dropped, has seen uptick in activity. But, offshore market reductions for some by as much as 50%, he adds.

ROV days have seen a 33% average reduction. Drill wind might offer some respite.

“We do expect a recovery, but not to 2014 levels,” Reid says. “This time around we have seen IMR (inspection repair and

tenance as a relatively protected market. But, there’s been a oedigital.com