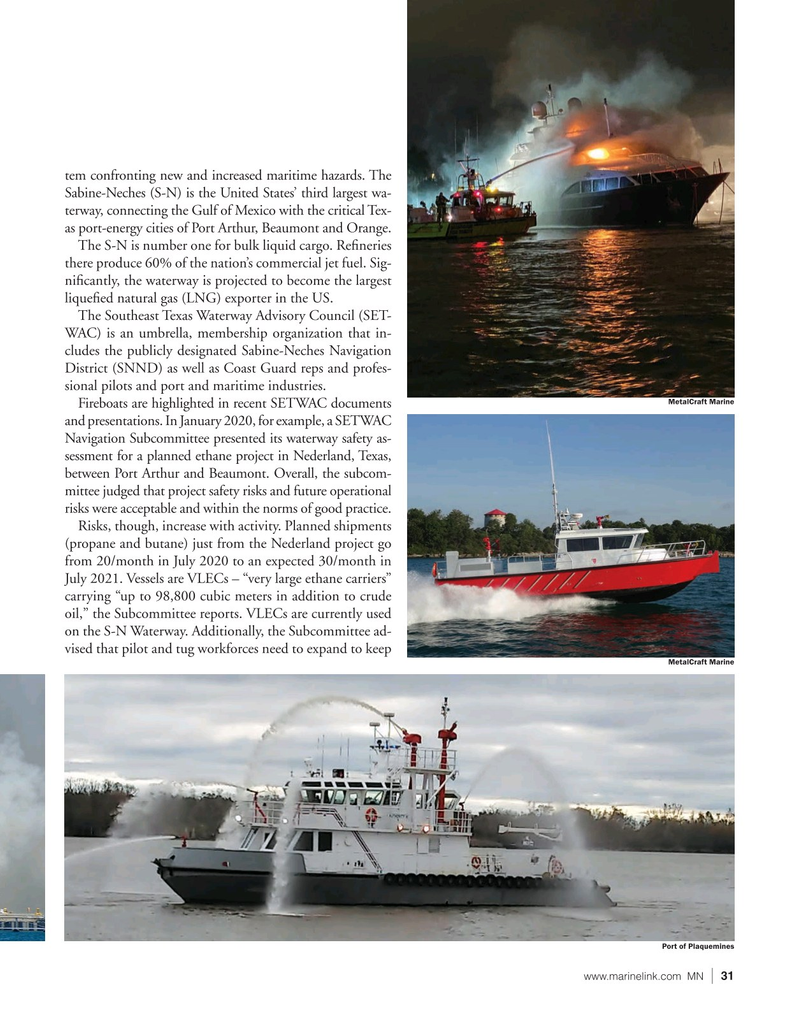 Sabine-Neches (S-N) is the United States’ third largest wa- terway, connecting the Gulf of Mexico with the critical Tex- as port-energy cities of Port Arthur, Beaumont and Orange.

The S-N is number one for bulk liquid cargo. Re? neries there produce 60% of the nation’s commercial jet fuel. Sig- ni? cantly, the waterway is projected to become the largest lique? ed natural gas (LNG) exporter in the US.

WAC) is an umbrella, membership organization that in- cludes the publicly designated Sabine-Neches Navigation

Fireboats are highlighted in recent SETWAC documents and presentations. In January 2020, for example, a SETWAC

Navigation Subcommittee presented its waterway safety as- sessment for a planned ethane project in Nederland, Texas, between Port Arthur and Beaumont. Overall, the subcom- mittee judged that project safety risks and future operational risks were acceptable and within the norms of good practice.

Risks, though, increase with activity. Planned shipments (propane and butane) just from the Nederland project go from 20/month in July 2020 to an expected 30/month in

July 2021. Vessels are VLECs – “very large ethane carriers” carrying “up to 98,800 cubic meters in addition to crude oil,” the Subcommittee reports. VLECs are currently used on the S-N Waterway. Additionally, the Subcommittee ad- vised that pilot and tug workforces need to expand to keep