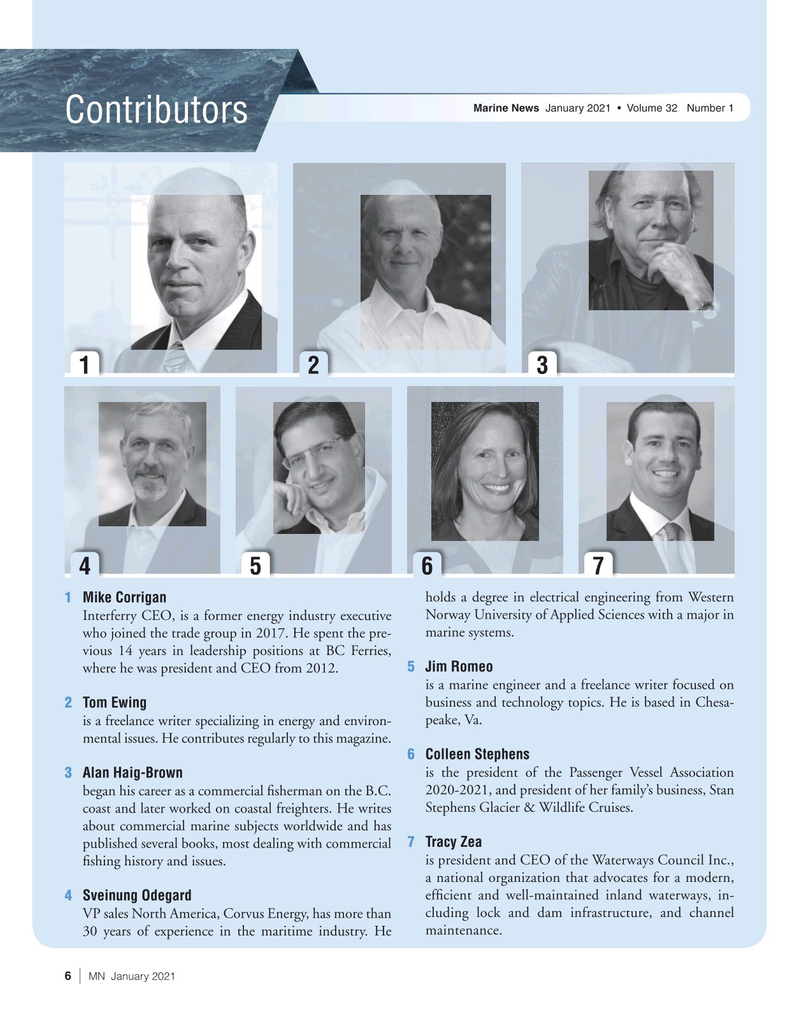 Interferry CEO, is a former energy industry executive Norway University of Applied Sciences with a major in who joined the trade group in 2017. He spent the pre- marine systems.

vious 14 years in leadership positions at BC Ferries, where he was president and CEO from 2012. 5 Jim Romeo is a marine engineer and a freelance writer focused on 2 Tom Ewing business and technology topics. He is based in Chesa- is a freelance writer specializing in energy and environ- peake, Va.

mental issues. He contributes regularly to this magazine.

6 Colleen Stephens 3 Alan Haig-Brown is the president of the Passenger Vessel Association began his career as a commercial ? sherman on the B.C. 2020-2021, and president of her family’s business, Stan coast and later worked on coastal freighters. He writes Stephens Glacier & Wildlife Cruises.

about commercial marine subjects worldwide and has published several books, most dealing with commercial 7 Tracy Zea ? shing history and issues. is president and CEO of the Waterways Council Inc., a national organization that advocates for a modern, 4 Sveinung Odegard ef? cient and well-maintained inland waterways, in-

VP sales North America, Corvus Energy, has more than cluding lock and dam infrastructure, and channel 30 years of experience in the maritime industry. He maintenance.